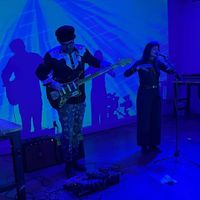 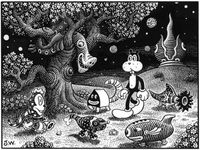 Amy Annelle (Austin, TX) A prolific writer and interpreter of songs, Amy Annelle maps out the farther reaches of American music, while conjuring visions of our restless musical past. Over the course of ten albums & thousands of miles logged on the road, Annelle has cultivated a rarified voice and repertoire that "blooms with open-hearted, lustful vulnerability and a harrowing naturalistic solitude”(Crawdaddy). https://amyannelle.bandcamp.com/

Pinson (Denton, TX) Solo singer songwriter project of one half on the motorboat!

Sarah Ruth/Aaron Gonzalez/Ernesto Montiel (Denton/Dallas/Mesquite, TX) Trio of deep listening improvisation, this night will be the 2nd performance of this trio together. 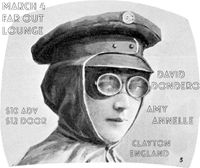 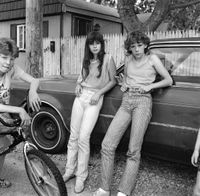 three duos perform at the JSB Room inside MECA Houston. Doors at 7, music promptly at 7:30. A $5 to $10 donation is suggested.

AMY ANNELLE A prolific writer and interpreter of songs, Amy Annelle maps out the farther reaches of American music, while conjuring visions of our restless musical past. Over the course of a dozen albums & thousands of miles logged on the road, Annelle has cultivated a rarified voice and repertoire that "blooms with open-hearted, lustful vulnerability and a harrowing naturalistic solitude”(Crawdaddy). Her music was prominently featured in the Academy Award-winning film "Three Billboards Outside Ebbing, Missouri". She plays solo, and with genre-defying ensembles; her recording and live performances include work with Michael Hurley, Bill Callahan, Jandek and Jolie Holland. Annelle will be joined tonight by Houston improvisational musician John Alan Kennedy on percussion.

LITTLE MAZARN Lindsey’s kind and twisting voice ambles along over the spare sounds of Jeff Johnston’s saw bowing, Ralph White’s electric mbira wanderings, and her own slow banjo. Like DJ Screw, Bohren & Der Club of Gore, and anyone who chooses to walk instead of ride, Lindsey realizes the amazing power of slow… slow… slow music. Lindsey is at once a baby and a wise old man. Get in this canoe at dawn on some Texas river that remembers when Comanche slept under the stars. Little Mazarn tonight is Lindsey Verrill and Jeff Johnston.

The JSB Music Room is an intimate performance space located inside MECA (Multicultural Education & Counseling through the Arts), founded by Ruth Bailey and Elizabeth Sosa Bailey in memory of Jeffrey Samuel Bailey, their late husband and father, respectively. Housed in Houston’s Historic Dow School, the JSB Music Room is a place where the spirit of Jeff’s love of music lives on. 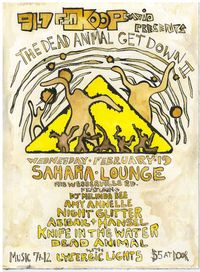 KOOP presents the Dead Animal Get Down III

IT’S TIME! To gather Together to GET DOWN!

Knife in the Water https://knifeinthewater.bandcamp.com/ 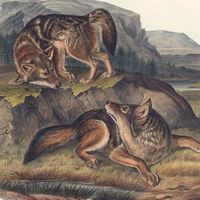 Amy Annelle performs in an intimate listening-room setting at the Mucky Duck in Houston, Texas.

Amy's last show for 2012, and one of just a handful she has played this year. All Ages Welcome.

Amy Annelle, Bruce Salmon & Roy Coon trio will be stirring things up in a most delightful way.

CANCELLED DUE TO ILLNESS "Amy Annelle and Lindsey Verrill play and sing the songs of hope and sorrow of the sisters who have gone before"   The Shimmys hit it out in West Texas with McMercy Family.

with Alynda Lee and Sam Doores

CANCELLED DUE TO ILLNESS